I recently finished reading and really enjoyed A Simple Twist of Fate: Bob Dylan and the Making of Blood on the Tracks

As a rule, I’m really interested in the creative process.  This is true in many of the photography podcasts that I listen to and the photo blogs that I read.  I’ve written before about the 33 1/3 series of books (which analyze classic albums from throughout the years) and in addition to these I’ve also enjoyed documentaries about the making of albums like The Dark Side of the Moon or Nirvana’s Nevermind.  In each of these, as in A Simple Twist of Fate, the author (or filmmaker) examines aspects of the creative process as the artist(s) struggled to put together their work. 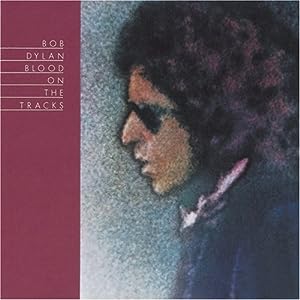 Cover of Blood on the Tracks

One thing that I find is that by really analyzing the work one gains a much greater appreciation for the components that make up the whole.  These are all albums that I’ve liked over the years but my appreciation grows

when I really take the time to understand more about the work.  Looking at each of the minute decisions that were made (

te how each of these small decisions add up to create a greater whole.

In this case, the reader also gains an understanding of Dylan as an artist – and all of his idiosyncrasies that come into play.  In this case there’s definitely a visionary and a vision that are filled out by some very talented musicians and producers.  For any Dylan fans, I highly recommend this book.

If Dylan’s not your thing, I still recommend the 33 1/3 series

This past weekend I finished up a rather tedious project of digitizing the few DVDs that I own.  The reason for this project was to clear up more space in the apartment and to make the films more convenient to watch.

By this point I think most people have done this with their CD collections, importing them into – well, let’s face it – into iTunes.  Does anyone really use any other media organizer? (OK… I admit, Songbird is pretty awesome, but if you’re syncing an ipod iTunes still feels like the way to go.)

So while most of us have converted to digital music, there are still lots of DVDs hanging around.  This is in part because of the film industry’s successful attempts to block DVD copying software but it’s also admittedly because most people don’t really desire the same convenience from their films as from their music.

The allure for me was realized recently on a domestic flight with no programmed entertainment – no movie on a 5 hour flight?!  Sure, I had my iPod with me and I listened to podcasts and music, but as long as I had my laptop with me, I might as well watch a movie on the bigger screen.  Unfortunately, I didn’t have any DVDs with me and even if I did, the DVD drive spinning would chew up the battery.

I used a few programs on my Mac to record the DVDs into a reasonably-sized file that sits on my disc.  It was a pretty simple process really (once the right software was installed – including VLC media player, Handbrake copying software and MetaX data tagger).

All of my DVDs (and really, we’re only talking about maybe 30 or so) are now in a cardboard box where I can place them next to my CDs and forget about them.  The files on the other hand can be managed through iTunes and synced with my AppleTV so I can watch them on my TV, on my laptop or even on my iPhone (Though I don’t see that happening any time soon).

Just days after writing about how much I like Boxee – driven a large part by their integration of Hulu comes this report.  It’s disappointing.

I don’t understand how media companies continue to not get it.  Hulu allows you to watch television shows through an internet connection.  Boxee allows you to connect this up to your TV.  The end result is that I’m watching television shows on my TV.  Oh – and Hulu shows ads that you can’t fast-forward through.  Sounds a lot like watching TV doesn’t it?  Why would the media companies all of a sudden decide that this is a bad thing?

I really just don’t get it.

So a while ago I wrote a post about my move to the Mac platform.  As part of that move, I set up a Mac network and an Apple TV.  The Apple TV has been the best music streaming solution that I’ve tried by far.  But that’s a post for another day.

A couple of months ago, I signed up for an aplha test of Boxee – which included an application that hacks the AppleTV so that it’s no longer a closed system.  With that, I’ve got the Boxee software running on my AppleTV, giving me access to additional media browsers, which is nice and all.  But the real win is having access to additional content – Hulu being the best of the offerings by far.

Whereas before I could only watch shows that I purchased from the iTunes store (something I will only consider for things I’d rent through netflix anyway, like HBO shows), now I have access to a whole library of shows.  It’s awesome.  I can watch Jon Stewart, Arrested Development, The Rockford Files…

There’s been a lot of chatter lately about how to cut your cable bills and just rely on streaming content.  This may certainly be a reality for a lot of people, but not for me.  I don’t get any premium channels anyway – and I don’t see any way of cutting my cable bill, since my cable-provided high speed internet is what allows for the streaming content in the first place.

For me, it’s a way to get additional content, that I can watch when I want to (I know DVR users have had this pleasure for a long time now..).

I’ve read a lot of opinions about how the AppleTV is not a successul Apple product, and there’s truth to that – in as much as they’re not selling many of them and the closed system was a little limiting.  But with Boxee it’s really is awesome. 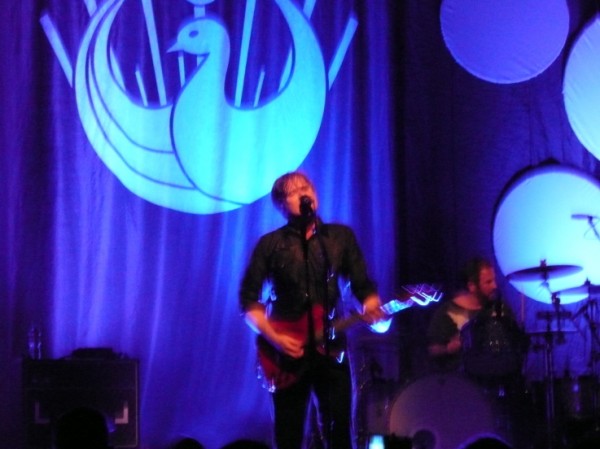 Jimmy Eat World has a special web page that collects all Twitter data (ok.. tweets) that are relevant to each of their tour dates.

What this means, is that a fan can post a tweet (following a pre-defined format) and their post will show up on the web site.  They can additionally subscribe to the tweets, keeping up-to-date with what all of the other concert-goers are saying.  It’s a pretty cool idea of taking a public event, which actually tends to be not particularly interactive when you think about it, and adds a level of community that hasn’t existed in the past.  I mean, when was the last time that you really interacted with someone else going to a concert – either before or during (remember, you can tweet from your cell, posting updates during the performance).  If they weren’t one of your friends that you were going with, you probably had very limited interaction (besides synchronized arm waving that is).

Now think of the marketing opportunity – there’s a page with all of the people who are into this concert with a really easy way to communicate to them – and some of them aren’t even going because the shows are selling out *(need tickets?  .. boy, too bad I’m not still working at StubHub – there’s another opportunity they’ll never take advantage of)*

Among my recent internet wanderings, another event that intrigued me was the CNN/Facebook live broadcasting of the inauguration activities this morning.

There’s nothing inherently new about chatting with others during a presentation – formally, webcasts & webinars have offered features like this for a while and informally through IM clients it’s a great way to have sidebar conversations on  conference calls.

What the CNN/Facebook implementation showed was that it can be a great way to experience television – finally a way to have ‘interactive tv.’  Sure, some of the comments were strange, obvious, or unnecessary.  But especially for a live event like this having a way to share in the excitement of the moment (especially since some of us had to be at work!) was pretty cool.

I’m not sure I’d appreciate the same pings from friends while watching a sitcom (does anyone watch those anymore?) but for certain events it definitely enhances the experience.

Another small point that I found interesting about they way they implemented it as well: rather than creating a new chat mechanism, they just leveraged their already-existing status updates.  This worked really well since everyone had a unique ‘chat’ window (no two people share exactly the same contacts).  It was also a way for them to roll out a new capability with no new ‘feature’ – just re-purpose something you’ve already got.