I have long admired Apple‘s ability to produce high-quality products, from their early Apple II ad Mac products through the iPod and iMacs of today.  But I have often held off purchasing Apple’s products because of their maniacal control that they place over their systems.  I was disappointed (but not surprised) that yesterday’s iPad announcement continues their insistence that the iPad will continue to be a closed ecosystem allowing only approved App store applications.

The iPhone is a wonderful device but really I should be able to install software of my choosing, just like on a computer.  I have the same gripe with the AppleTV.  I absolutely loved Boxee on the Apple TV, as I’ve written about in the past but I eventually had to give up on it because of the constant upgrade wars with Apple.  Now, if I want to watch the State of the Union address (or many other shows), I have to watch on the computer and not the TV because Apple has said so.

Were I to do it over again today, I’d buy a Mac mini and attach that to the TV, instead of an Apple TV.  That way I’d have the ability to install and run whatever application I want – Boxee, a web browser, etc.,

And were I to do it over again today, I’d buy a Google phone.  I’m aware of the shortcomings of the current Google application offering but that will only improve as more people adopt that device (or, more accurately, device platform).

And so, what will I do today?  Will I buy an iPad?  (Beside the fact that I’m not really in the market and won’t be buying one in the near future..)  Certainly the device is compelling.  I really think Apple has hit the nail on the head.  It really is a great device for most casual computer users.  Cruise the web, watch a video, look at some photos, check the weather, etc.,  It really is made for the couch (or the train/airplane).  But I won’t be able to install Boxee.  I won’t be able to run flash.  I won’t be able to install Firefox.  I won’t be able to decide whether the power-burden of background apps is acceptable or not.  These might not be deal-breakers for the iPad device – but if this signals the future of computing platforms – closed ecosystems where you have to fully buy in to one company’s environment – one where you have little control over how it works – I’m concerned.

San Telmo was my favorite neighborhood of Buenos Aires.  It had interesting streets to wander around, curious shops, good restaurants and cafes and a great mix of diverse people.  All this said, I was never in this area very late at night but I definitely wandered around a few streets that had a pretty grungy vibe that bordered on hip and and just plain dangerous.

Of course, I kind of like that vibe as it adds a little excitement to any trip.  I’m not looking for Disneyland..

And so I wandered through this area a few times, the most memorable being on a Sunday when the area is transformed into an outdoor market with lots of sights and sounds and a lot of dancing and music as the night comes on.  This is where I saw the Tango act whose music I used for my South American video and it’s where I captured the dancing/drumming images used in that video.

On other days of the week the neighborhood offers a very different, less frenetic vibe that’s equally enticing and is also worth a little of your time.

Anyone who is thinking about a trip to Buenos Aires should definitely consider being in this neighborhood on a Sunday and if you are there, make sure you stay around for the evening music!

This week I’m finally getting some photos online from my South America trip.

Buenos Aires was my first destination and it’s an awesome city.  I really liked the vibe of the city: friendly people, good food, abundant cafes, good parks, different neighborhoods with unique feels.  It’s everything you’d want in a city.

I spent a few days in Buenos Aires before taking off for Patagonia.  I stayed in the Solar Soler hotel in the Palermo neighborhood.  It was a

really nice little hotel that I booked online before the trip (I always like to have my first night’s hotel booked before a trip).  After returning from Patagonia I again stayed with the Solar Soler folks but this time in their apartment which was cheaper and actually a little closer to a subway station.

The Palermo neighborhood reminded me a bit of the Mission/SOMA districts here in San Francisco in that it’s a pretty mixed neighborhood with expensive shops and restaurants and new development alongside older residences and light industry.  I liked having it as a base from which to explore the city (though this district puts you at one end of all of the areas you’d want to visit and not in the middle).

The Subway system was really convenient for me and a great way to get around town.  I’d just pick a destination and take the subway there (or close to there) and then walk from then on.  That’s essentially how I spent my days.

Nights were pretty mellow since I was on my own but I definitely enjoyed the food and atmosphere of the late-eating crowds (restaurants are easily still crowded at 1am on any day of the week).

I’ve sorted through and chosen just a few of the photos that remind me of the city and that I hope best convey what I saw while I was there.

I’ve split out a subset of photos that I’ll post next, which are from the San Telmo neighborhood.

I have long been disappointed in capitalism’s drive towards growth for growth’s sake.  I’ve usually referred to it as ‘unbridled capitalism’ as I’ve seen it as companies run amok with no regard for the long-term impact of their actions.

Now I’m not against capitalism.  I just feel like some control is a good thing.  Take banking for instance.  In my opinion, the financial collapse is a good example of what can happen when companies (or industries) are left to their own devices.  Can anyone really still argue that what AIG was offering was not insurance and therefore didn’t need some kind of oversight?  How much have we given that company?

I’m not exactly schooled in this however, and so I’m not particularly eloquent on the subject.  That’s why I especially like the comments and writings of Umair Haque.  I was recommended his blog by a former co-worker and I’ve been really drawn to Umair’s viewpoint, and his ability to express it, ever since.  He tends to talk less about regulation and more about companies and how they should behave in their own best interest.  And I totally believe that there is a benefit to this kind of thinking that most companies would realize if not for their near-sightedness (or desire/need to satisfy the short-term financial statements).  It is for these reasons that I believe some regulation is needed.

Here’s a fairly typical blog posting of his discussing the idea: The Scale Every Business Needs Now

For a more comprehensive look at what he calls constructive capitalism, check out these links that he provides.

I’m finally getting around to my photos from my trip to South America and this time I decided to do things a little differently.

After our trip to Africa in 2008, I not only posted photos online but I also put together a little video of the trip.  Using 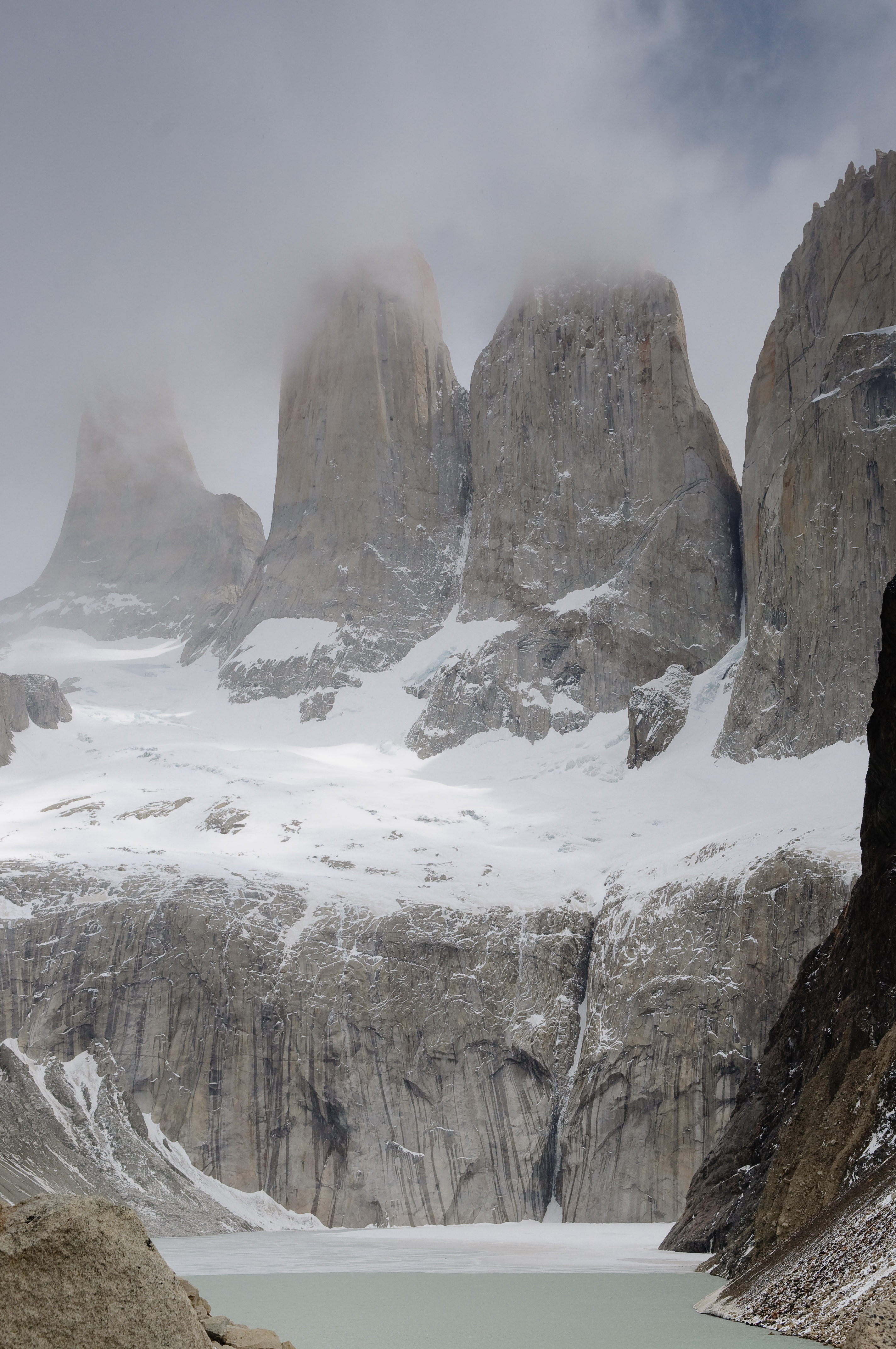 iMovie on the Mac, I  combined photos, videos and some songs from an African choir I downloaded from iTunes.  That video turned out to be pretty long, so I never posted it online.

While in Buenos Aires, I was so taken by the rhythm of the city, and the fact that music was everywhere, I decided I wanted to do a video presentation to accompany the photos.  I recorded videos of street performances thinking that I would use those as the soundtrack but the microphone on the G10 didn’t do such a great job of capturing the music – at least, not the way I was shooting with it (not really standing with the mic pointed reliably at the source).  And then I came upon this tango orchestra performing during the San Telmo markets on Sunday.  They had the audience captivated and I couldn’t resist purchasing one of their CDs. It’s their music I used for the soundtrack.  If you’re ever in Buenos Aires (and I would highly recommend it) be sure to check out Orquesta Tipica El Afronte.  They play regularly in town, though not on days that I was able to see them in a proper venue.

I will post the individual photographs soon as well as a few blog posts about the trip.  In the mean time, I hope you enjoy the video.  By the way, the little 4-arrow button on the bottom right of the video will blow this out to full-screen, definitely the way to watch (if you ask me 🙂 )

As before, I used iMovie to put this together.  It’s a pretty decent product and the ’09 version fixed some of the little issues I had with the previous version.  This still turned out a little longer than I’d like – next time I’ll make it even shorter.

The photos and videos are taken using either the NIkon D300 or the Canon G10.  All of the videos are from the Canon and it’s obvious that the quality of the videos is not as good as that of the stills.  I’m really looking forward to getting an SLR with video capabilities but that’s not a purchase I’ll be making soon.

I’ve had a few recent conversations (online and off) about podcasts.  I’m a big fan of the format since unlike more visual mediums like text or video they’re perfect for when you’re on the go: in cars, trains, walking, etc.,).  This got me to thinking that I really should get around to writing down the list that I have on my iTunes.

I have a couple of basic categories:

So that’s the list on my computer (most of which get sync’d to my ipod/iphone.  Speaking of which – one aspect of the iphone I love?  The 2x setting.  Some of these podcasts (Nikonians, Lenswork, Martin Bailey) are easily consumed at twice the normal speed allowing me to pack in more listening.  Others (Terry Gross, Ira Glass) I prefer to listen to in real time.

I’m curious to hear what others are listening to as I’m always on the look out for good content.