Here’s a pretty cool illustration that shows how much water it takes to get through the average day.  Their implication is that everyone is in the left categories and we could benefit from everyone shifting to the right.  Of course the reality is that most of us are somewhere inbetween, and there are some aspects over which many of us have little control (like where our power is generated).

Still, I like the graphic (from GOOD magazine) and I like how it makes clear just how much water some items require (coke compared to water, beef compared to chicken (or better yet, the salad)).

With the water levels the way they are in California this could become more and more relevant as the years progress.

I really like my Nikon Digital SLR (currently a D300) but from time-to-time, a smaller camera just comes in handy.

Even back in the days of film I always owned a smaller point-and-shoot (my favorite was the Olympus Stylus non-zoom), and when I moved to digital, the point-and-shoot was the obvious place to start.  Primarily I use the smaller camera for snapshots and these are the images that are less-likely to get printed out, and therefore don’t need the fine optics of the larger SLR.

I’ve owned several smaller point-and-shoot (p&s) digital cameras over the years and for the past few I’ve opted for a slightly larger footprint.  The small p&S is great for sticking in your pocket but the lenses often leave much to be desired (why I liked the Olympus film camera) and their controls are often buried behind menus.

Several years ago, before I owned a digital SLR, I was intrigued by the Canon G-series of cameras.  They’re more the size of rangefinder cameras and they have the same aesthetics and similar control layouts.  I thought this would be a great form-factor for a digital camera, but alas, the SLR has once again reigned supreme and has become the defacto pro-level (and ‘prosumer-‘ level) camera design.

But, what I’ve found is that I no longer value the diminutive size of the point-and-shoot camera and prefer the control and handling of the larger ‘rangefinder’ style larger cameras.

So it is that I no longer carry around (or even purchase) small point-and-shoot cameras but instead backup my SLR with the larger Canon G-series.

My first was a Canon G7 (several generations past the G3 that originally cought my eye).  I used that camera for several trips and on many adventures before it succumbed to a spot on the image sensor.  With a relatively high repair cost looming, and a newer model (with RAW shooting mode) available, I made the switch to the latest G10 model.

The Canon G10 has not disappointed.  It’s about the same size as the older G7, the battery lasts as long or longer, the controls are even better laid out, and the image quality remains excellent.

The biggest complaint I have is the low-light capabilities of the camera.  Anything above ISO 400 is way too grainy.  Thankfully it has a relatively fast lens and some image stabilization so I can often work around that.  And, when compared to a point-and-shoot, it’s definitely no worse.

I finally got around to posting a few images from 2009 onto PicsFromTrips.  I’ve been a bit of a slacker with photos this year – last year was such a big year photographically (lots of trips last year!) that I’m a little bit over-cooked at this point.

But, after a few slow months I’m revving up again.  Initially, my focus is going to be on printing – I haven’t done any printing for a while and I’ve got quite a few that I want to see in the flesh rather than on the screen.  Besides, I’ve got to hone those skills a bit.

For now though, I’ve brought the site up-to-date with many of the latest photos I’ve taken including some from some skiing in Tahoe, a pig-fest in Marin, and some goofy fun with Glo sticks.

My car rolled over 65,000 miles today.  That’s not a particularly significant number (I tend to like the palindromic numbers myself) but it did make me think to take stock about where I am with this car.

In 2001, fresh out of a job, my 1993 Isuzu Trooper was in need of repair- and after a few years of questionable reliability, I decided it was time for a replacement.  I bought the Nissan Pathfinder for a decent price (I thought) of about $35,000 (including tax, title, and all that other bullshit).  After getting more than 5k for the Trooper, I was driving home in my first ever brand new vehicle.

In that first year of ownership, I drove the car 14,000 miles: On one trip alone I drove from San Francisco to Joshua Tree to Seattle and back.  Did I mention that I wasn’t working?

In the years since, my driving scaled way back.  For starters, I have a job now – I’ve had a few in the past years.  In those years I haven’t worked further than 15 miles from home and in the last 4 I’ve worked downtown – no driving to work!

I was fortunate (and disciplined) enough to pay off the 5 year loan in about 3, so I haven’t had any car payments for the last 5 years.  That has been awesome.  I hate making payments.

And, being fairly meticulous with paperwork, I’ve got a full record of all of the work that I’ve had done to the car: normal routine maintenance; replaced windshield, new tires, smog checks, etc.,  Including the initial purchase price of the car (but not including interest charges as I don’t have that recorded, or insurance as that’s all wrapped up with the condo and motorcycle..) my cost of ownership to date has been $39,750.  Ahh. one more thing – that doesn’t include gas.  I reliably get a lousy 17 miles to the gallon.  let’s see…. 65000… 17 .. let’s assume $3 average (that’s high for sure) 3823 gallons of gas .. $11, 470.  Wow.  25% of my ownership costs have been fuel.

That’s definitely higher than I would have expected, but part of that I have to chalk up to the fact that (knock on wood) I haven’t had any major issues with the car so far and I’ve also elected to keep driving this car, rather than replacing it every 3-5 years like so many others would be tempted to do.

Today the Kelley blue book value is listed at $9,500.  Who knows if anyone is even buying these cars these days, but that’s not really important as I’m not selling.  I intend to drive this car hopefully for another 8 years which will hopefully only double (or less) my current mileage.  If it can last even longer I’d like it even better.

As an environmentalist I’d love to have a car that gets better gas mileage – but at this point am I a better steward keeping an older car and not creating more demand for more manufacturing or would I be better off doubling my fuel efficiency.  I’m not sure.

Despite rising gas prices, despite the economy,  I like having an SUV – it matches the driving I typically do (when I’m not driving to Sacramento…).  I take it to the mountains loaded with people and gear.  For me, the ideal scenario is to supplement this car with a smaller “city” car.  And of course, by city, I don’t actually mean a car to drive around the city as I HATE driving in the city – I prefer walking/public transport.  A city car is one to take on those big grocery shopping days, or to visit friends on the peninsula, or to haul the mountain bike on a sunny Saturday.

But for now, the Pathfinder does just fine. 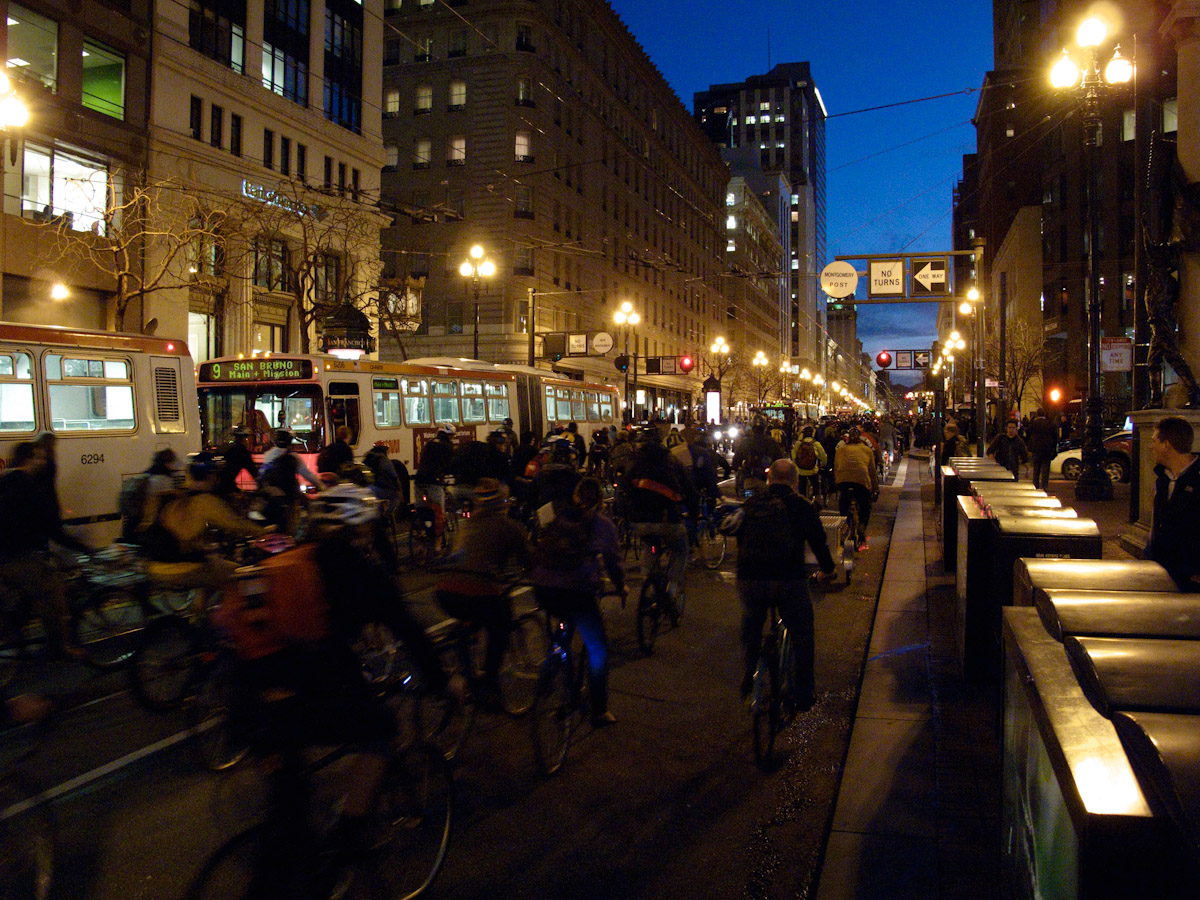